Hipsters - I'm Disappointed in You

Poor hipsters.  The world over, they're mocked for their beards, their plaid shirts, their skinny jeans, their obsessions.  But in Collingwood, Melbourne they have a secure refuge.  All along Smith St you may find shops selling cult vinyl classics, atomic strength coffee and more vintage homeware than you can shake a stick at.

If there were a venn diagram showing where hipster interests and Lady Traveller interests collide, the intersection would be at the point of the curious collectable.  HTLT, she loves a vintage map, a mid-century armchair,  a 1960s kitchen implement ... and is incapable of passing a secondhand bookshop without going in.

On a Saturday morning recently, I went into a vintage emporium in Collingwood and had a lovely time poking around until I saw this: 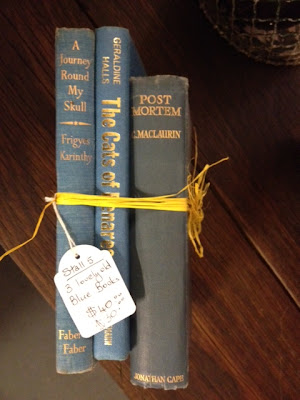 What happened to not judging books by their covers?  Books are not just for interior design - they need to be read!  Cherished!  Laughed at!

Since this doesn't quite meet the definition of hipster fail, I say (in the words of my primary school headmistress): hipsters, I'm disappointed in you.
Posted by Eithne at 23:00 No comments:

Too Hot to Blog

(That's the weather, not anything I might have written in a post.)  Yes, if you would know where your blogger has been this past week, the answer is a) working and b) sweltering.

After several days in the high thirties, the weather seems to be breaking with an almighty thunderstorm last night and torrential rain today.  But at least I know how to deal with rain.  When it was 38 degrees, on the other hand, my body struggled to cope.

Here's Marilyn on heatwaves - have a good week!

Email ThisBlogThis!Share to TwitterShare to FacebookShare to Pinterest
Labels: weather

Where: Industrial Revolution (purveyor of real and faux vintage homewares)

What: father and son, both dressed for footy.

Father: who wants any of this stuff?  C'mon, let's go to the
footy.
Kid: nooooooo.  Dad, this place is amazing. Email ThisBlogThis!Share to TwitterShare to FacebookShare to Pinterest
Labels: Overheard

A couple of days ago, I sent my sister an email with the subject 'lovely things', all about the delights awaiting her in Melbourne.

One of them was the open air cinema at Curtin House and it was so lovely that I thought it was worth mentioning here.

The rooftop bar shows movies every night except Friday during the summer.  For $20 you get a stripy deckchair, a movie and an unparalleled view of the city.  (I especially liked the shadows the skyscrapers cast against the projection screen.)  The programme is eclectic, so there's bound to be at least one movie you want to see.

Drinks are available from the bar and there's also a burger and fries stall.  Order at the counter and they'll deliver your food to your seat when it's ready.

A perfect night out. 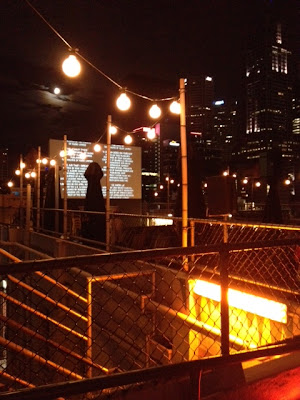 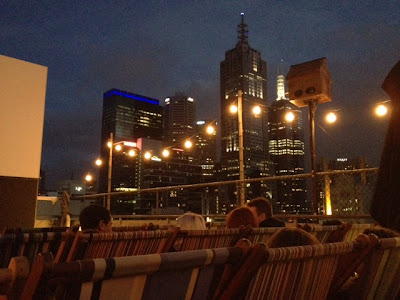 This is ridiculous.  Don’t they know that Lady Travellers need to save their pennies for their next trip? 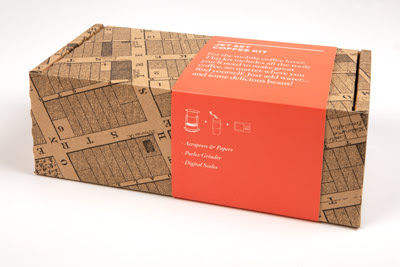 I saw this in Gourmet Traveller magazine: the confluence of two of my great loves, coffee and travel.  Market Lane Coffee, one of my favourite (if not the favourite) coffee places in Melbourne has produced a coffee making set for the discerning traveller.

It includes an aeropress coffee plunger, aeropress papers, a hand grinder and a pocket set of digital scales.

It costs $150 and so I am resisting the temptation even to go into their shop and look at it.  Aargh. [The sound of resistance.]
Posted by Eithne at 00:30 No comments:

Email ThisBlogThis!Share to TwitterShare to FacebookShare to Pinterest
Labels: object of affection

In the 19th century and even into the 20th (pre- air travel) some families employed a technique for ridding themselves of black sheep (the metaphorical kind, not the woolly ones that go ‘baa’.)

These exiled ne’er-do-wells were known as remittance men, from the remittance cheques they received.

Recently I’ve been wondering if this system isn’t still alive and well.  This might explain the success Ronan Keating and Brian McFadden are currently enjoying on prime time Australian tv. 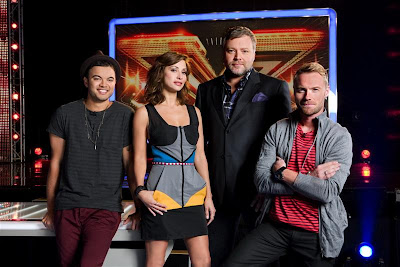 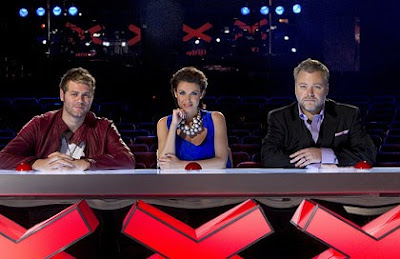 Is funding the deportation of Irish former boyband members the real source of Ireland’s economic difficulties?
Posted by Eithne at 02:38 No comments: 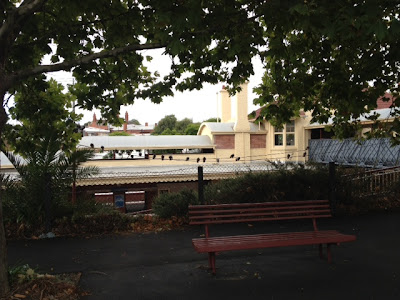 I reacquainted myself with Armadale, last seen in 2001 (and remembered as the home of the shop selling the ugliest dresses in the world.)
Bought some shoes.
Drank coffee (x multiple instances.)
Watched the rain.
Ate a friand (an Antipodean variation of a financier, but also containing jam and sometimes coconut.  Yum.)
Went to the outdoor, rooftop cinema at Curtin House.
Tried out a new brekkie place for brunch on Sunday with friends (you could go to a different breakfast place in Melbourne every weekend of the year and still have plenty left over.)
Rekindled my love affair with East Melbourne library.
Rekindled my love affair with gin fizzes (my nominee for the perfect Summer drink). 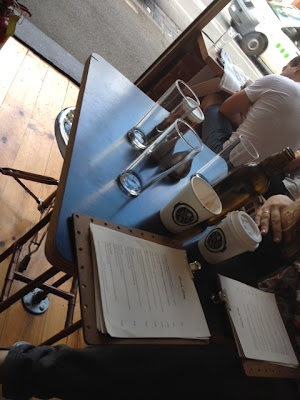 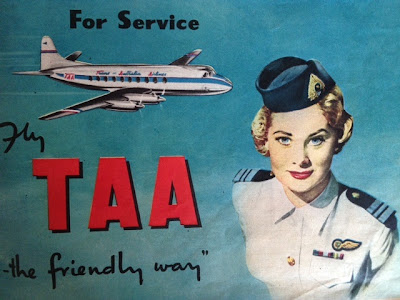 Overview
I have spent much, oh much time over the years in London Heathrow Terminal 1.  It’s where all the flights to and from Ireland are based, plus several of the Star Alliance carriers are there too.  It used to be that the Irish flights and domestic flights went from a ghetto with one café and a tiny newsagents – to add insult to injury, you had to walk as far as Wales to get there.  Now, they’ve upgraded the departures lounge and integrated it so that, no matter where you’re going (Cape Town, Belfast) you can – wait for it – shop!  Have edible food!  Buy a book!

The business end
Security can be slow (as throughout Heathrow because of the volume of passengers), so give yourself plenty of time.  If you’re travelling within Britain or to Ireland there’s an extra security measure whereby you get your picture taken before security and then have to pass through an additional checkpoint before getting to your gate.   Leave time.

The fun (?) part
For shopping there are some of the $$$ luxury brand shops that Heathrow delights in, but also a decent sprinkling of high street shops (and all tax free!) including French Connection and LK Bennett.  There is a WH Smith bookshop as well as several newsagents.  For pressies, I recommend checking out Chocolate Box which stocks Artisan du Chocolat and buying some of their sea salt caramel chocolates, possibly the best chocolate creation ever to come out of the British Isles.

[There is also a Dixons electronics shop and, if you don't know already, many airside electronics shops have a service where you can ring up the shop, order your new laptop (or whatever) and arrange to collect it next time you're flying.  Given that VAT on a new computer can be over €100 this is worth taking into account.]

Foodwise (I get so excited about this because I remember when the only option was a very ordinaire chain pub serving bog standard wine and plastic toasties) I would recommend Giraffe as your best bet for a meal: the food comes pretty quickly and is good, although the service can be a wee bit erratic.  Coffeewise there are branches of Pret a Manger (also good for take away picnic food), Nero and Costa.

Extra tip
I don’t know how long they’ll be there, but once you get to the corralling area immediately before the Irish departure gates there are some fairly comfortable sofas.  These have proved very valuable to me when en route from Australia and jet-lagged to falling-over point.
Posted by Eithne at 06:00 No comments:

And One More Thing...

I meant to add this cautionary tale to my post about a cure for jet lag.

My first night in Australia, I woke up at three in the morning, heard a baby crying.  Thought: must go and comfort my baby.  Fell asleep.

Woke up again.  Remembered: I don't have a baby.

Moral: jet lag messes with your mind.
Posted by Eithne at 22:29 No comments:

Email ThisBlogThis!Share to TwitterShare to FacebookShare to Pinterest
Labels: hints

Not so much of an Overheard, actually an Overseen: 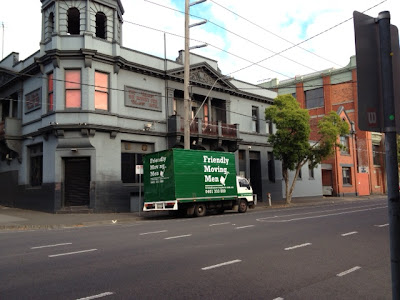 Overseen on Wellington St, Melbourne at 8.45 this morning on my way to work.
Posted by Eithne at 10:02 No comments:

Email ThisBlogThis!Share to TwitterShare to FacebookShare to Pinterest
Labels: Overheard

A Cure for Jet Lag

I have a French friend who's convinced that in fifty years time they're going to discover that air travel seriously damages your health and airlines will have to issue warnings like on cigarette packets.

I wouldn't go that far, but I do sometimes wonder if jet lag isn't the universe's gentle hint to go back to the gentler era of trains and ocean liners.  It's not just the lack of sleep (or on the other end of the spectrum, sleeping too much); it's the feeling woozy and disconnected from your surroundings.  I find myself getting a bit melancholy too (just when my energy levels drop) and also ravenous at strange times of the day (like two o'clock in the morning).

In the past, I have tried to drown the jet lag with lots of coffee (even more than I usually drink) and usually ended up feeling worse than when I started.

So what's a jet lagged lady traveller to do?

The answer - and I almost hate to say this, because it makes me sound like one of those annoying people they interview for the last page of glossy magazines who swear that they only travel with rose water, cashmere blankets and scented candles - is ... go running.  Or at the very least, brisk walking.

Find a park, a river, a seafront; plug in some music, lift your face up to the sunlight (exposure to sunlight is supposed to help reset your body clock) and go for it.

Yesterday, just when my energy levels were lowest, I put on my running things and headed for Fitzroy Gardens, one of my favourite green spaces in Melbourne.  It was a beautiful golden evening and there were lots of other runners, so I could pretend to be a local again. 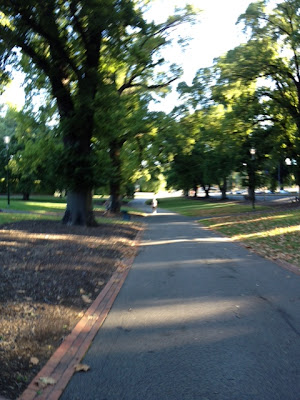 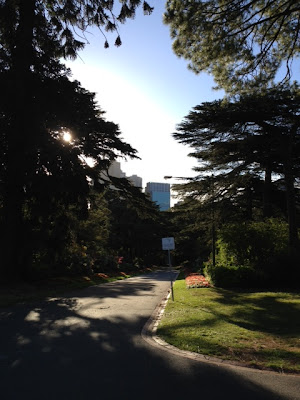 (Photos taken on the run, with mixed success.)

Afterwards - afterwards I felt restored, full of energy.  Even better, I stayed awake until after ten and slept through the night, waking up, refreshed, at seven this morning.
Posted by Eithne at 22:20 No comments:

Email ThisBlogThis!Share to TwitterShare to FacebookShare to Pinterest
Labels: hints 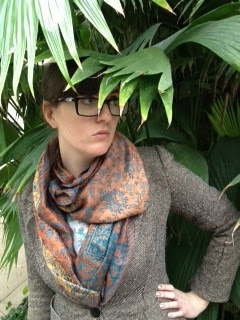 Quiet! We are respecting International Day of Luiseach (aka Lady Traveller's Little Sister) with respectful silence. Later there may be a parade.
Posted by Eithne at 09:55 3 comments: