The Layers of Thessaloniki

When I was in Thessaloniki at the end of June, one of the highlights of the visit was a walking tour of the city.  Our guide was called Romulus (yes, really) and in just a few hours he helped us at least to begin to make sense of the layers and layers of the city's history.

Often archaeological sites put me in mind of Shelley's Ozymandias - 'Look on my works, ye mighty, and despair! - a reminder of impermanence, that our grandest monuments and most beautiful buildings will one day crumble.  But sometime they are a reminder of endurance: despite wars and weather and wear, fragments of the past survive and are made new.  Thessaloniki is an excellent example of the latter - but before we get to the evidence, first a brief history.

Thessaloniki means 'Thessalian victory', and the city is named for the half-sister of Alexander the Great, Princess Thessalonike.  I touched on this here, but it is a city that has endured a great deal and yet has survived.  An important city under Alexander, Thessaloniki then became an administrative capital of one of the four quarters of the Roman Empire.  (I'm skipping a few centuries here: this is the highlights tour.)  After the fall of Rome, Thessaloniki was, perhaps, even more powerful within the Byzantine Empire, second only to Constantinople.  From the 15th century, the city was ruled by the Ottomans and became the proverbial melting pot - home to Muslims, Orthodox Christians, Catholics and Jews.  It wasn't until 1912 that the city was claimed by Greece and during World War I became a base for the Allied Powers.  The old city was devastated by fire in 1917 - and, adding to the huge upheaval, came the population exchange between Greece and Turkey in 1923. Given that Thessaloniki seems to have suffered everything a city can suffer, you won't be surprised to hear that during World War II it was attacked by the Italians and invaded by the Germans, resulting in the deportation and death of most of the city's Jewish population.  And yet - despite all of this, despite the Greek Civil War, despite the recent economic crisis - Thessaloniki is still there, still beautiful.

Walking through Thessaloniki, you begin to distinguish evidence of different centuries.  Starting with the 21st century at the harbour, 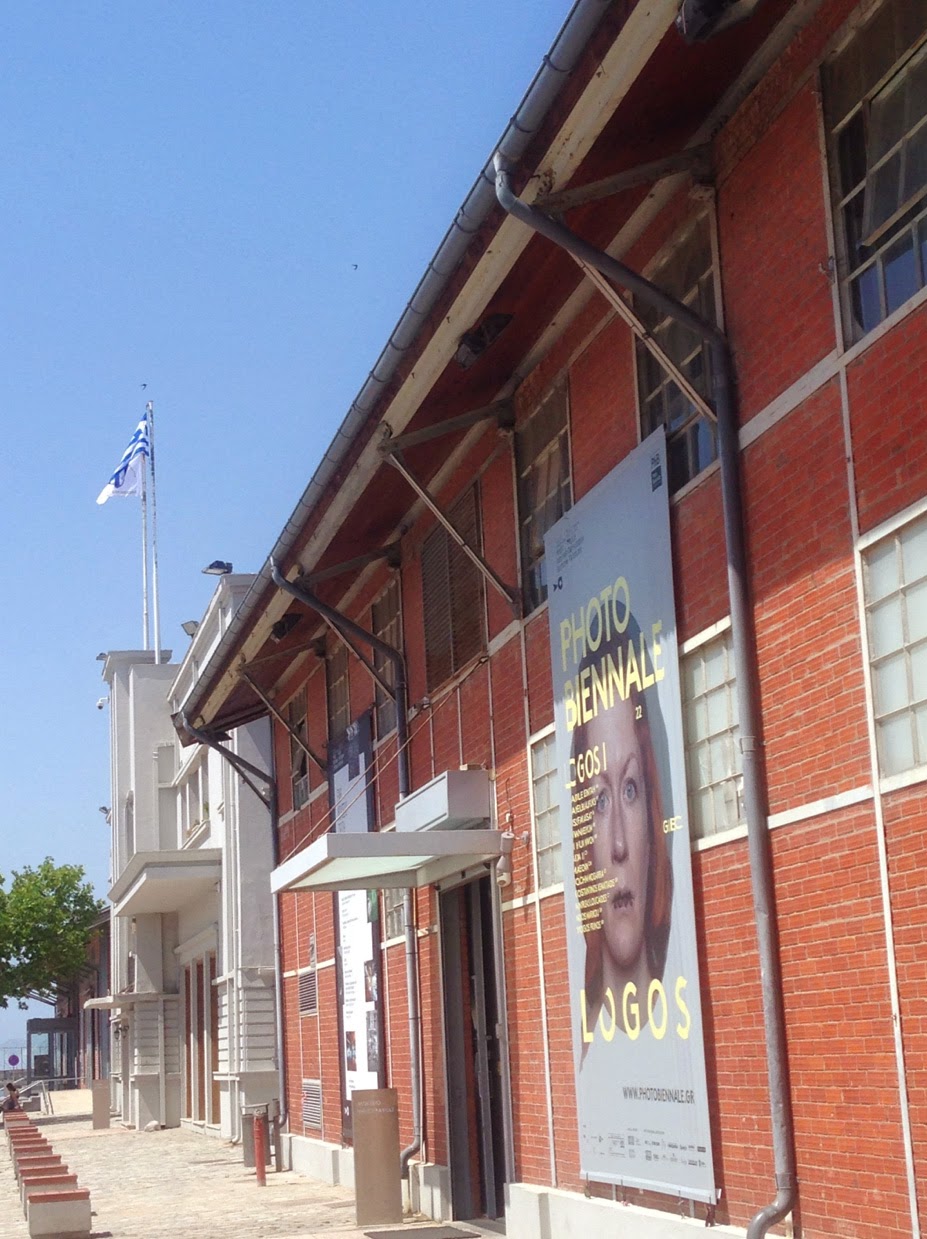 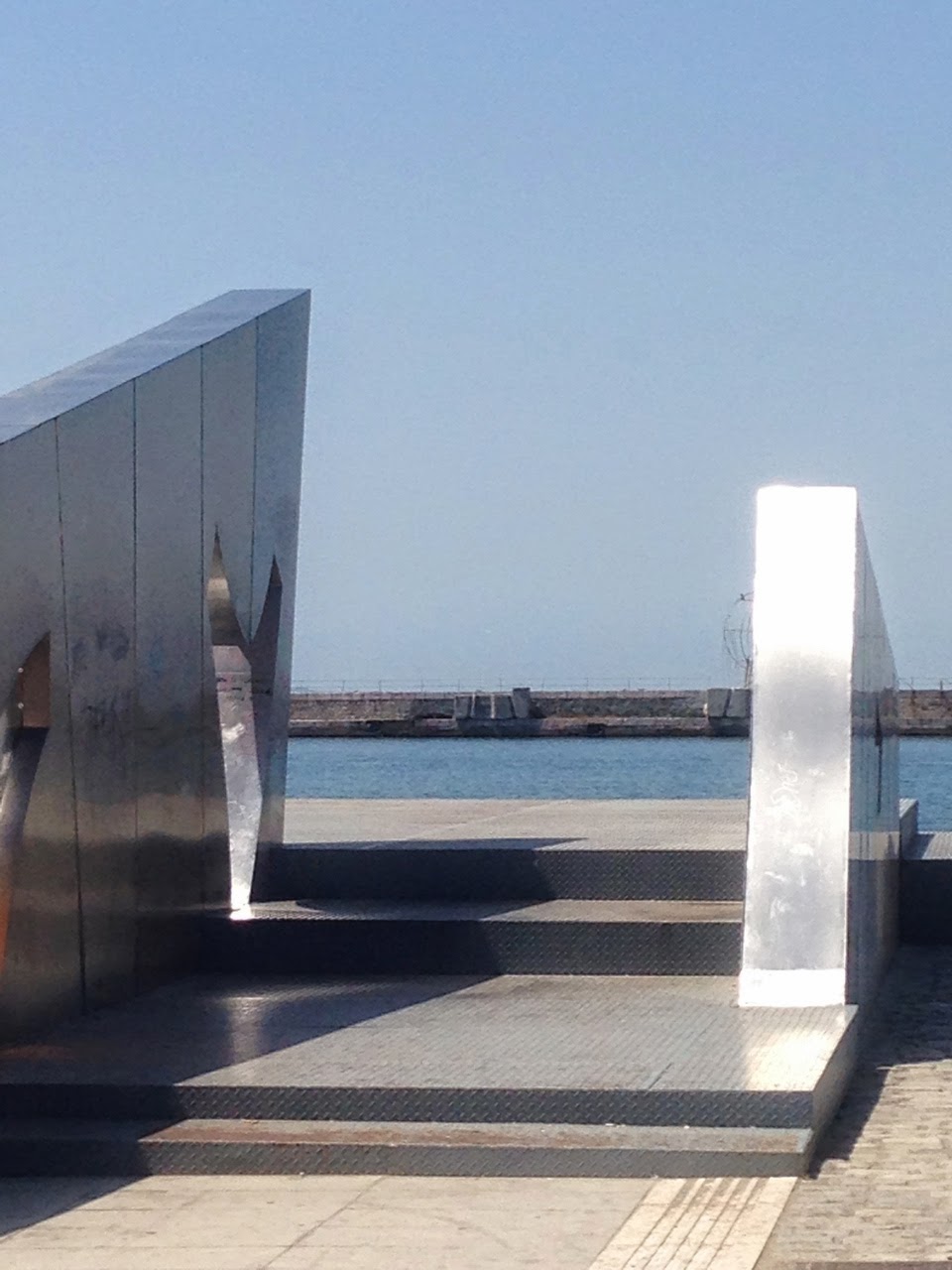 through the 20th in the Art Deco apartment buildings and hotels, 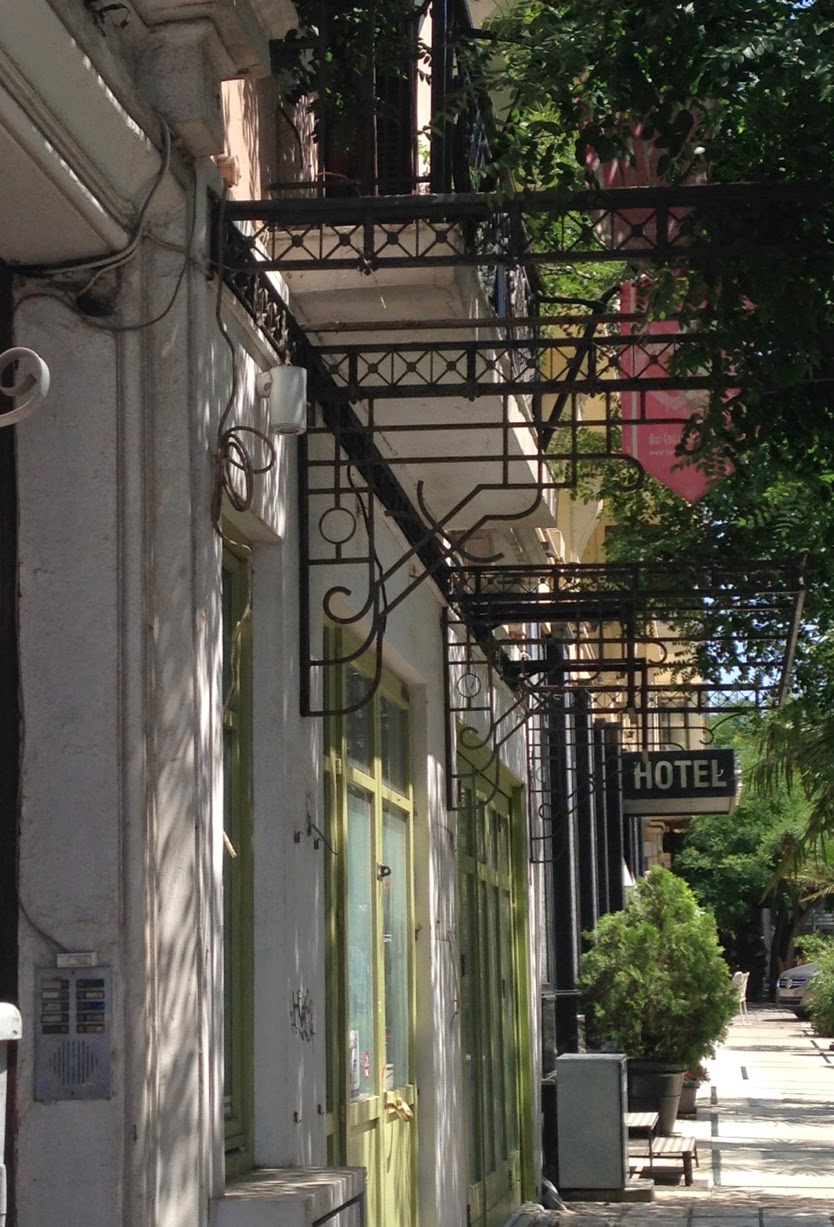 not to mention the former stock exchange. 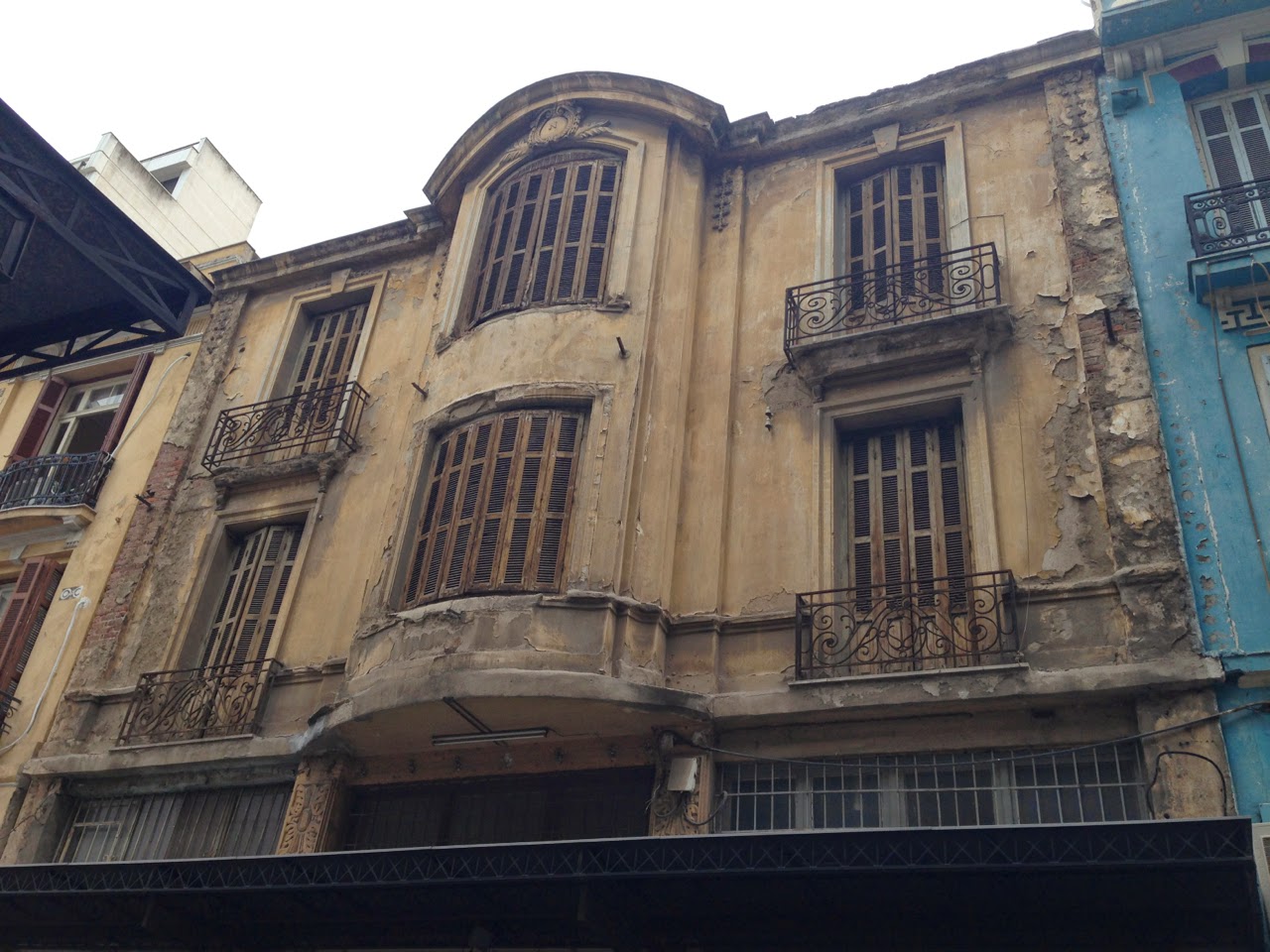 Stepping into the market you could be in anytime over the past hundred years or so, 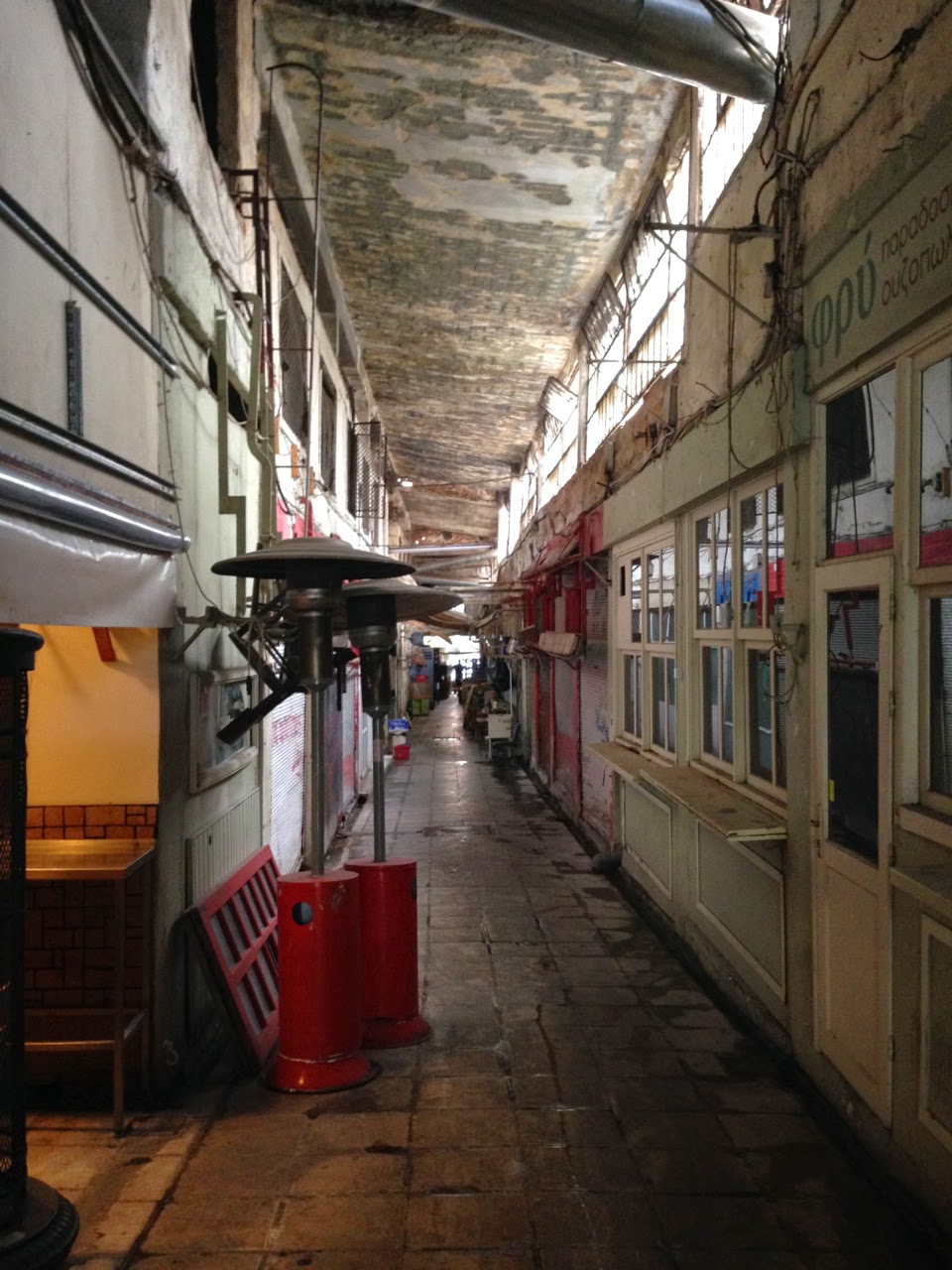 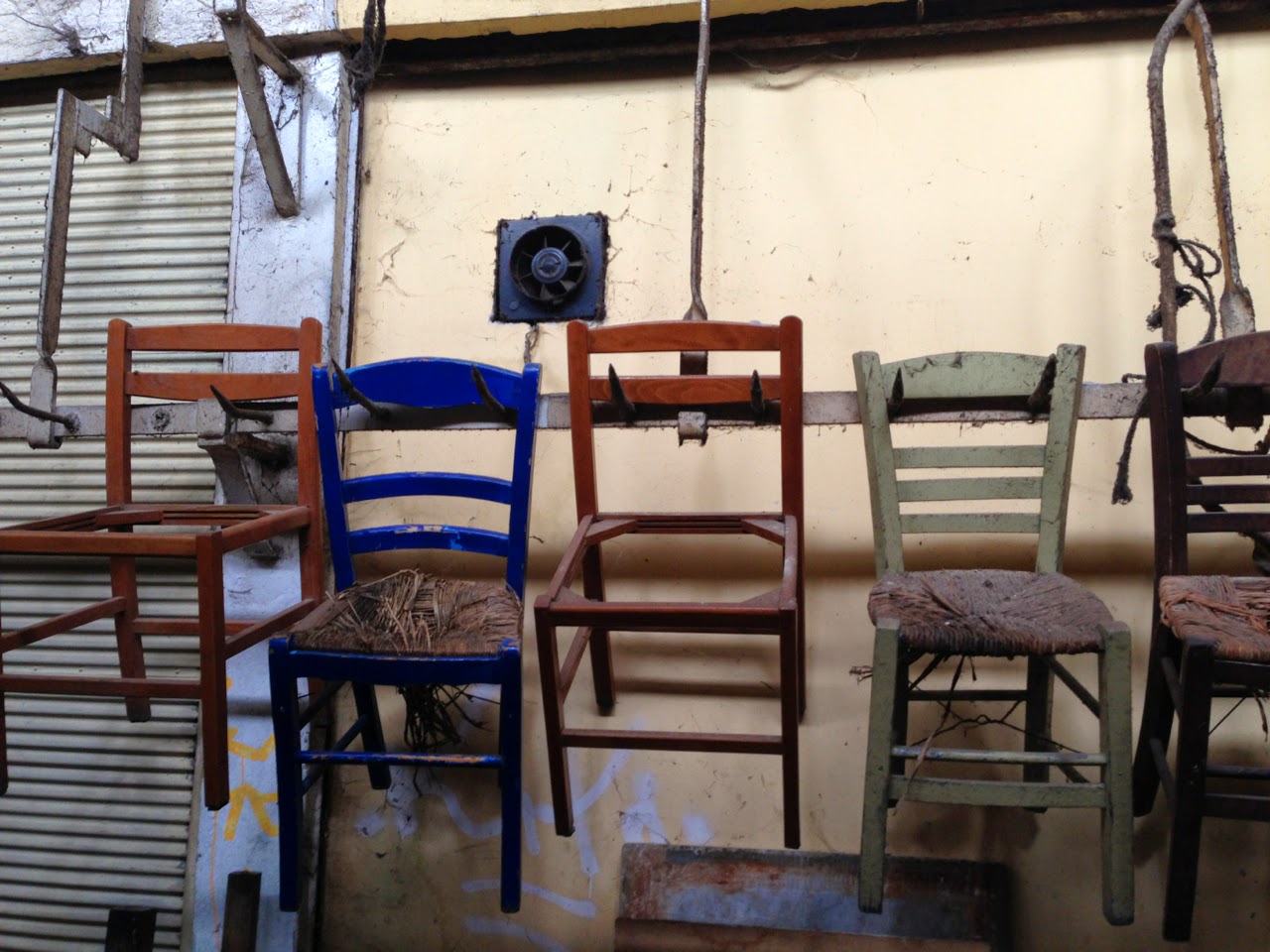 but the churches are unmistakably Byzantine. 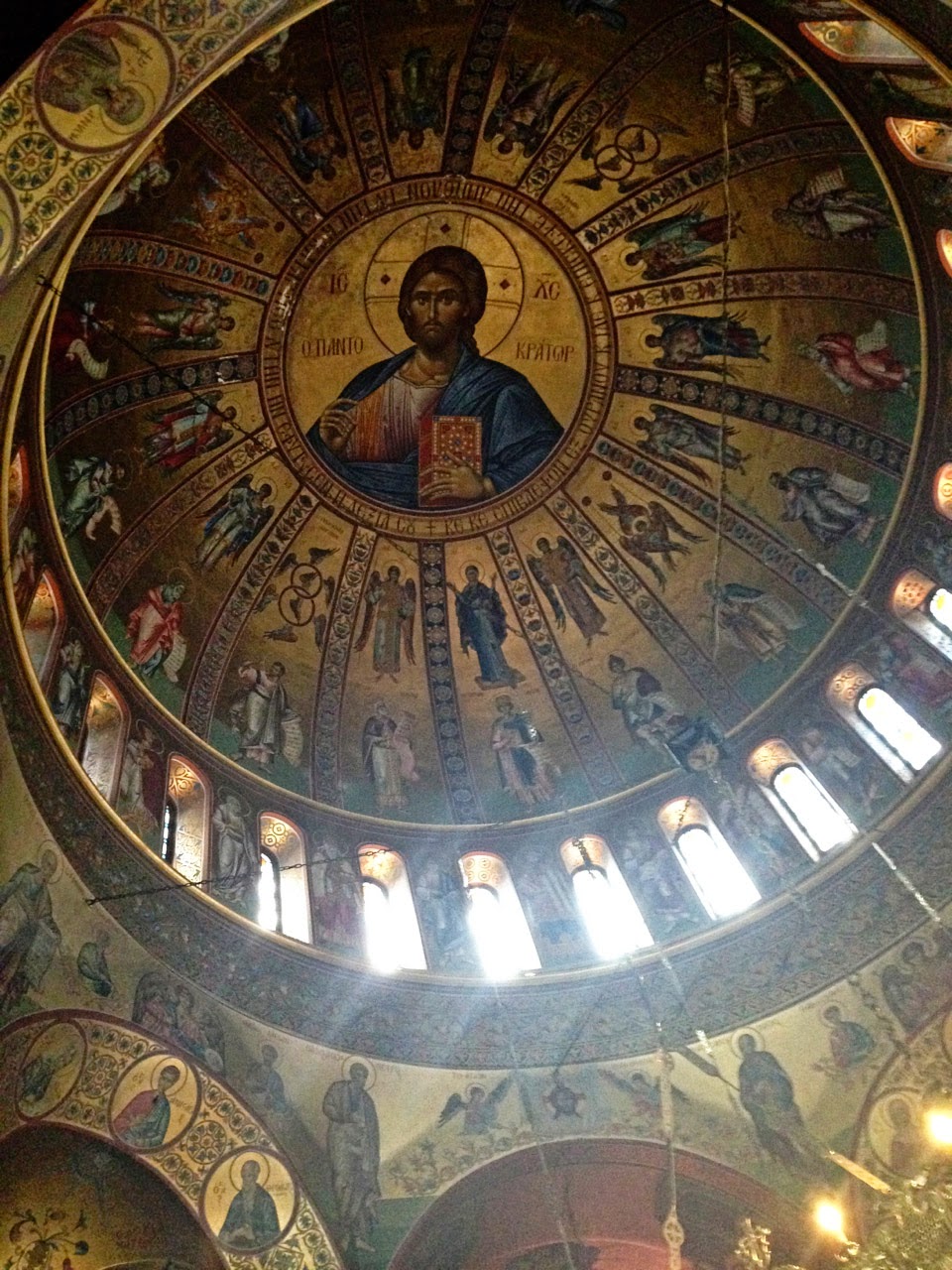 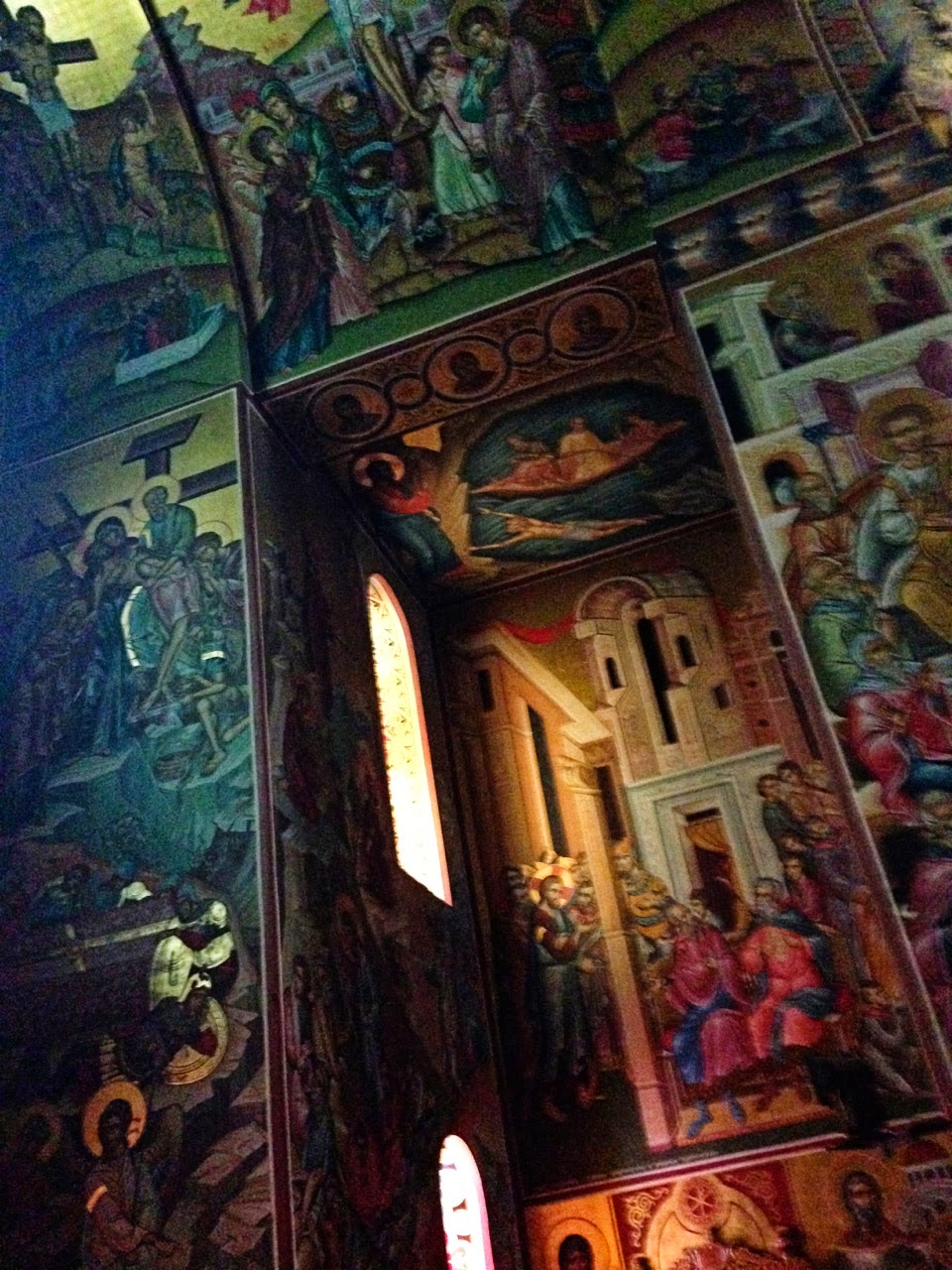 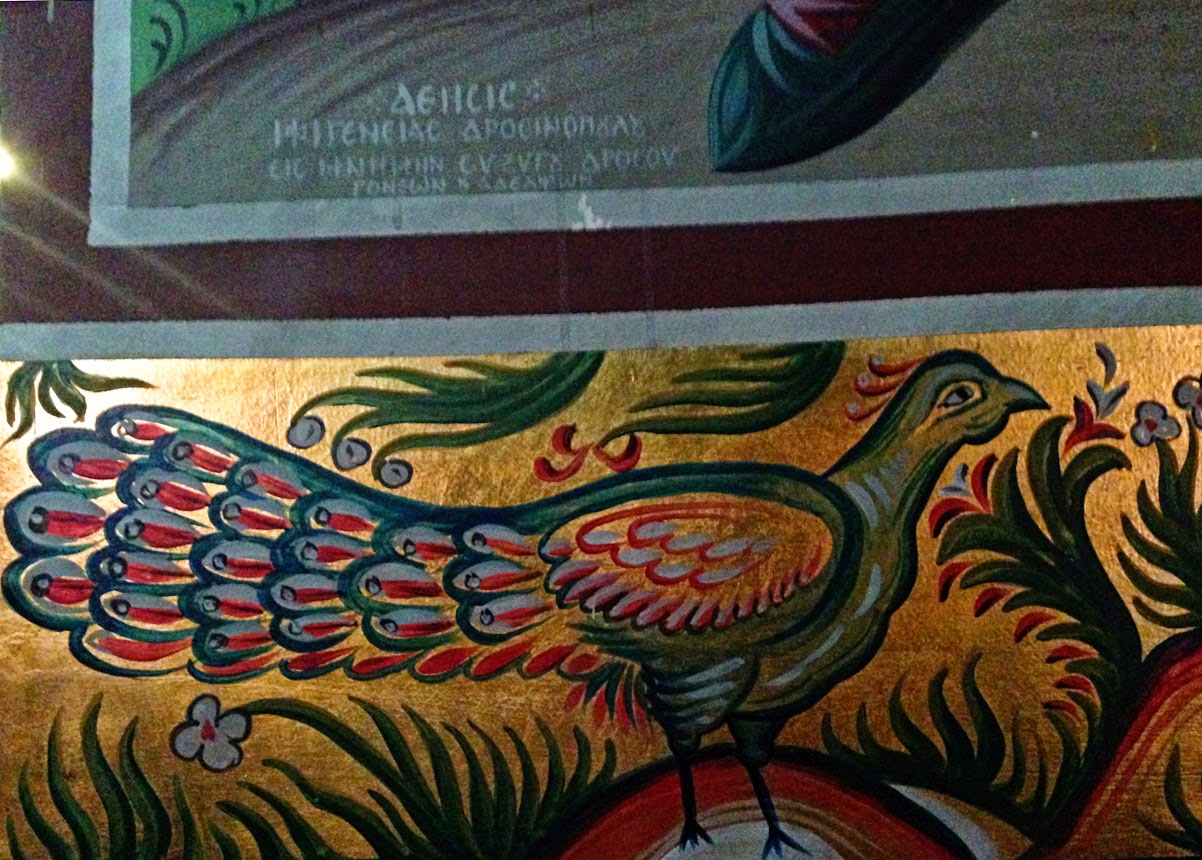 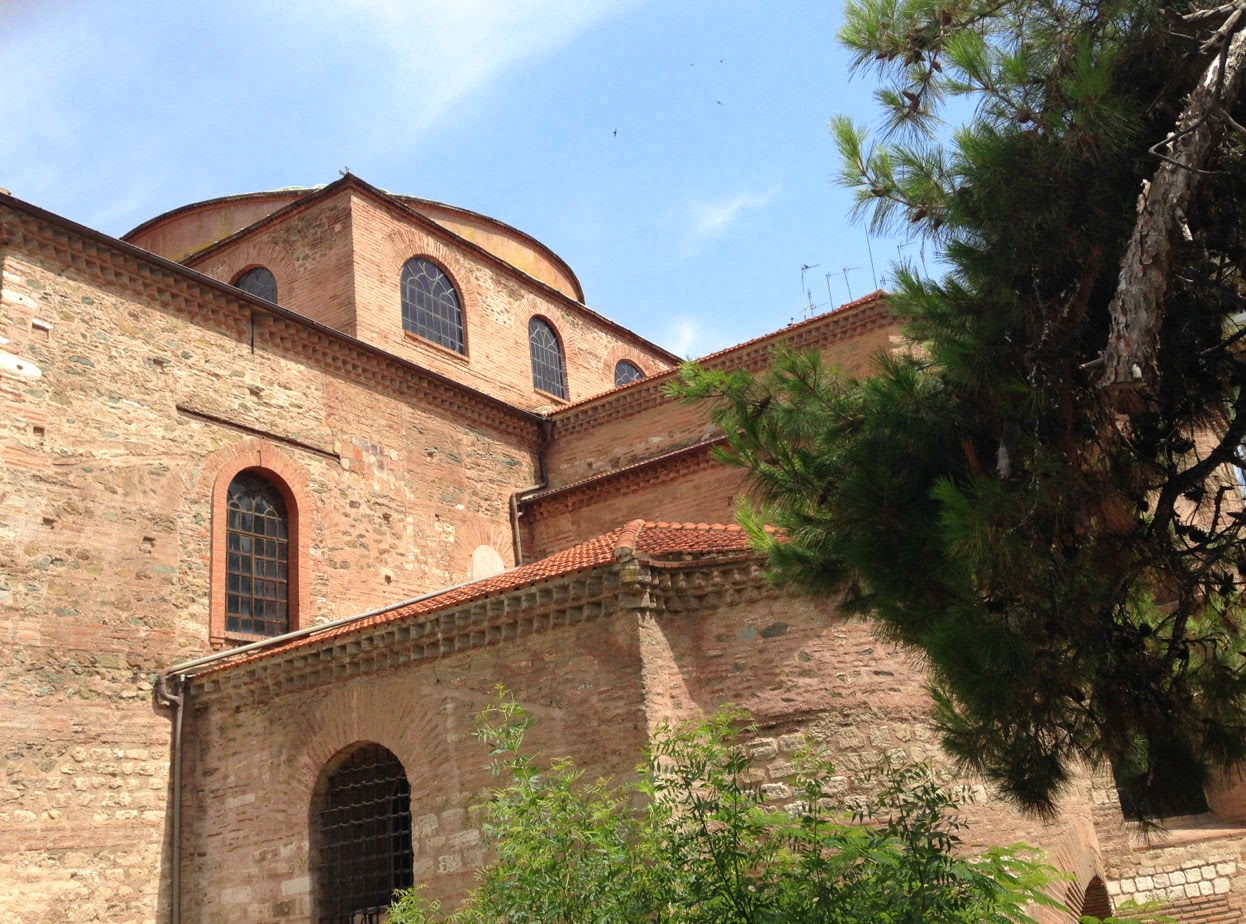 And - not looking incongruous at all - is this Byzantine-style former mosque. 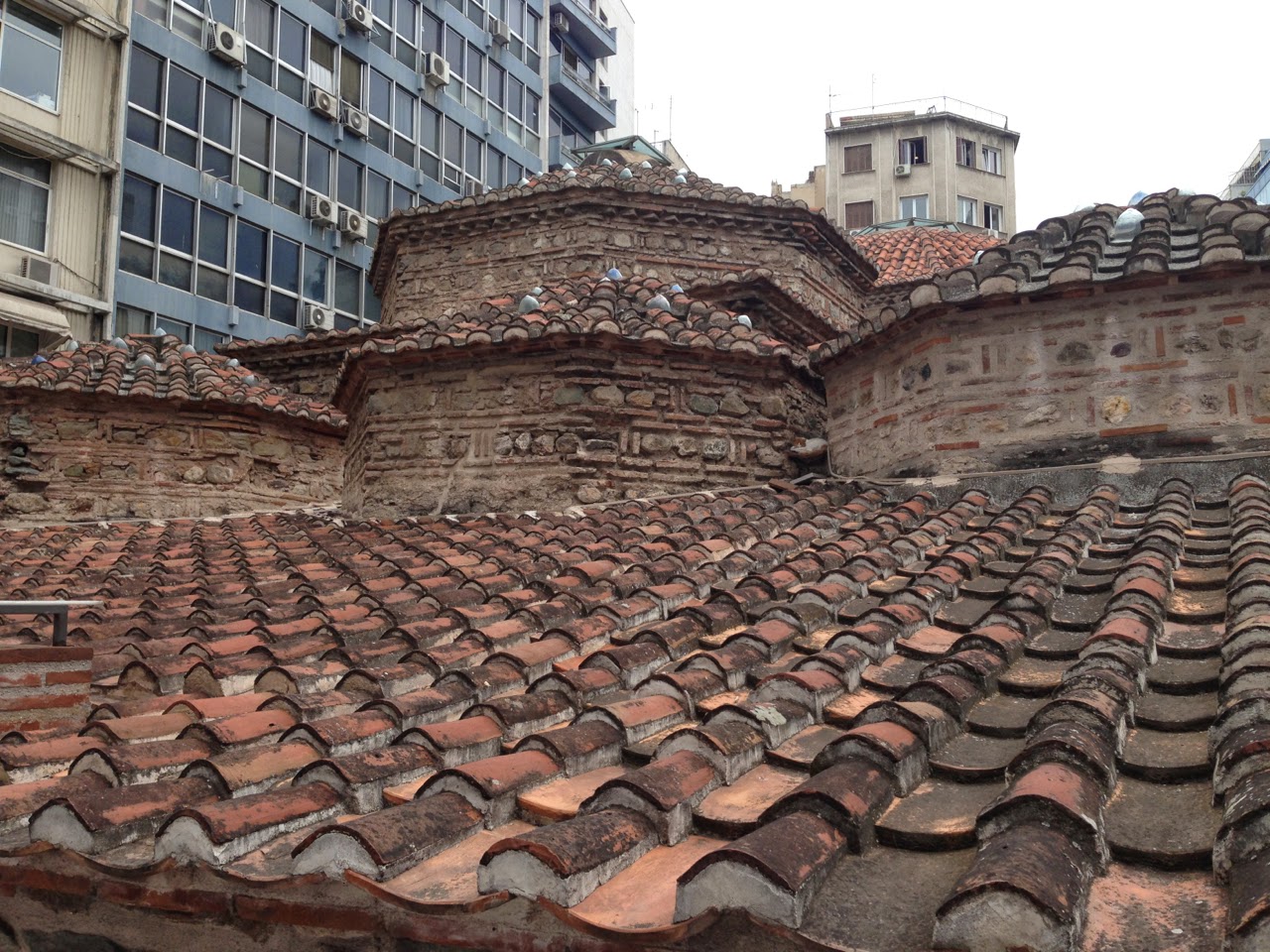 In the crypt of St Demetrius' Basilica is the place where the saint is supposed to have been martyred, 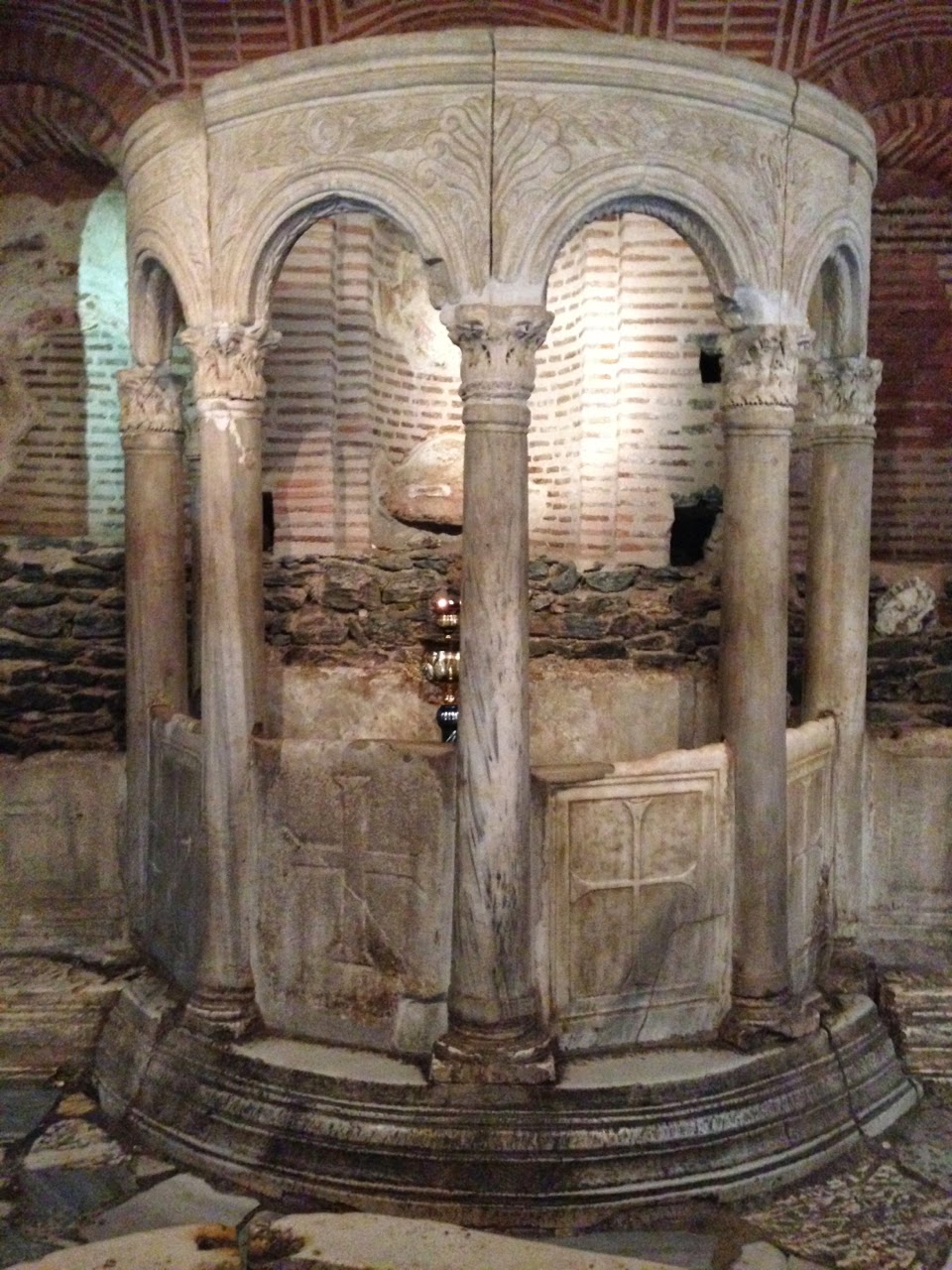 but which also contains inscriptions in Arabic and Hebrew. 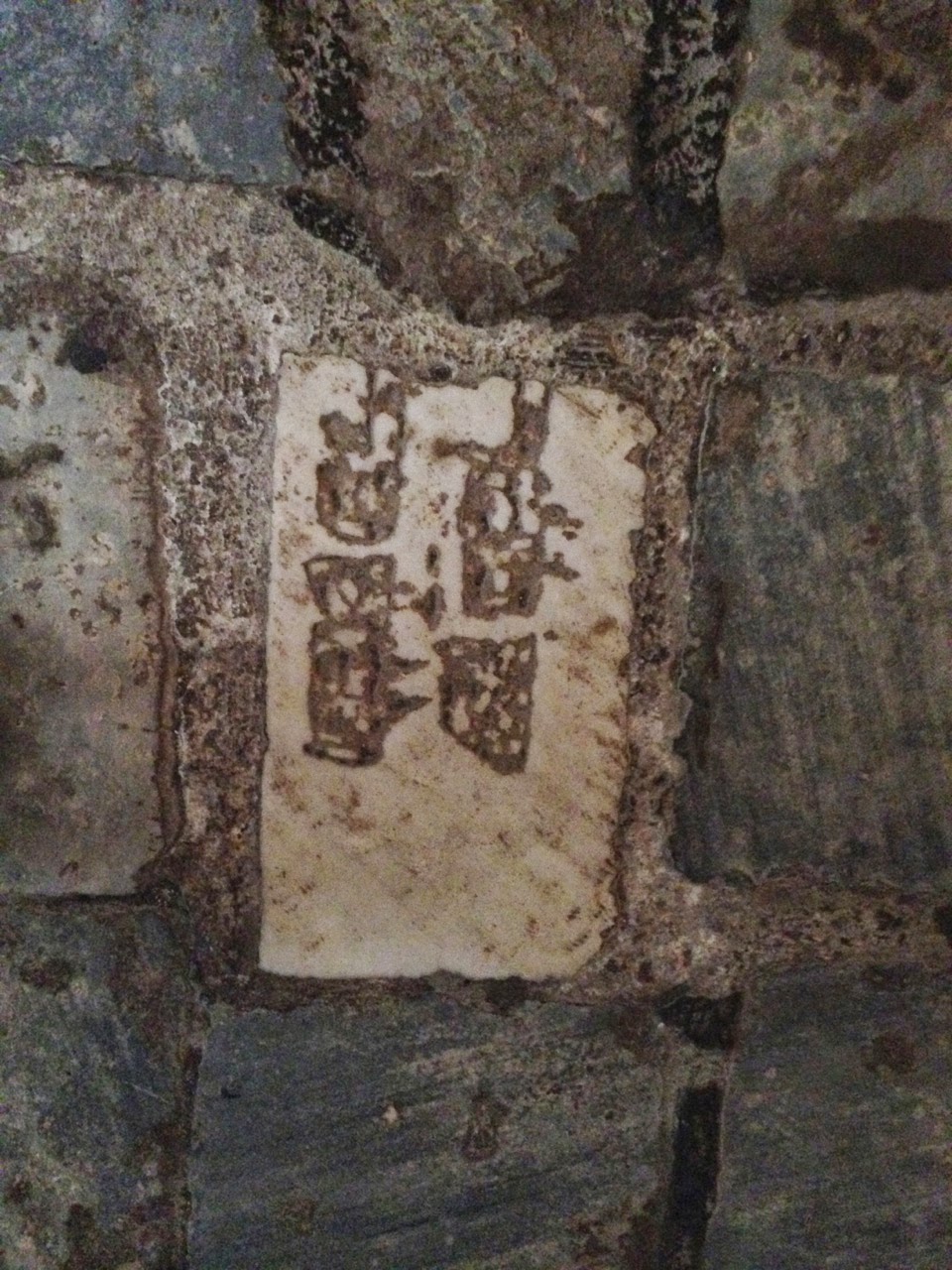 Digging deep gets to some of the oldest layers: here is the palace of Galerius, one of the Roman rulers of Thessaloniki. 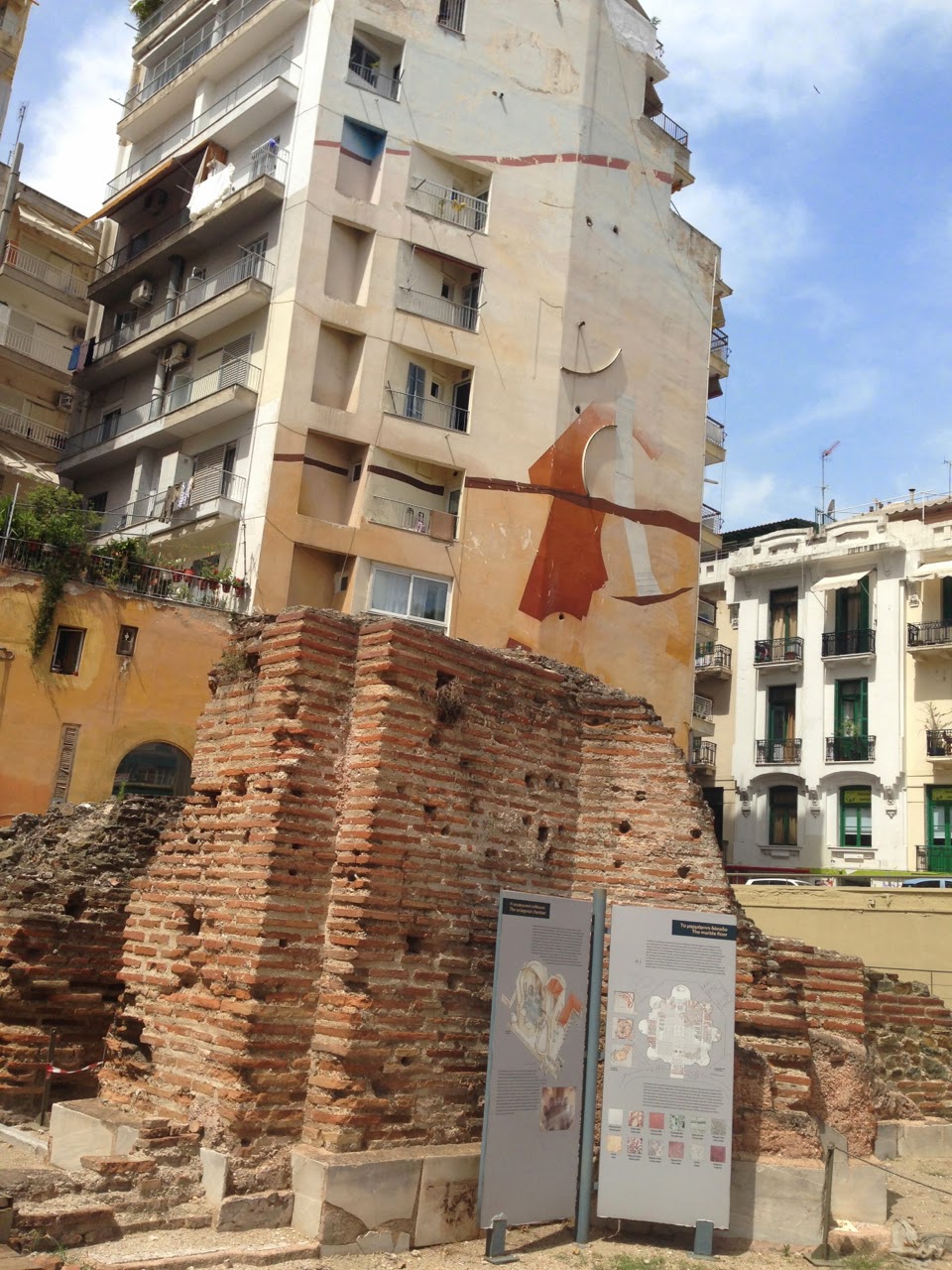 Those boxes scratched on the stone are, quite possibly, the remnants of a game played by slaves to pass the time while they waited for their masters. 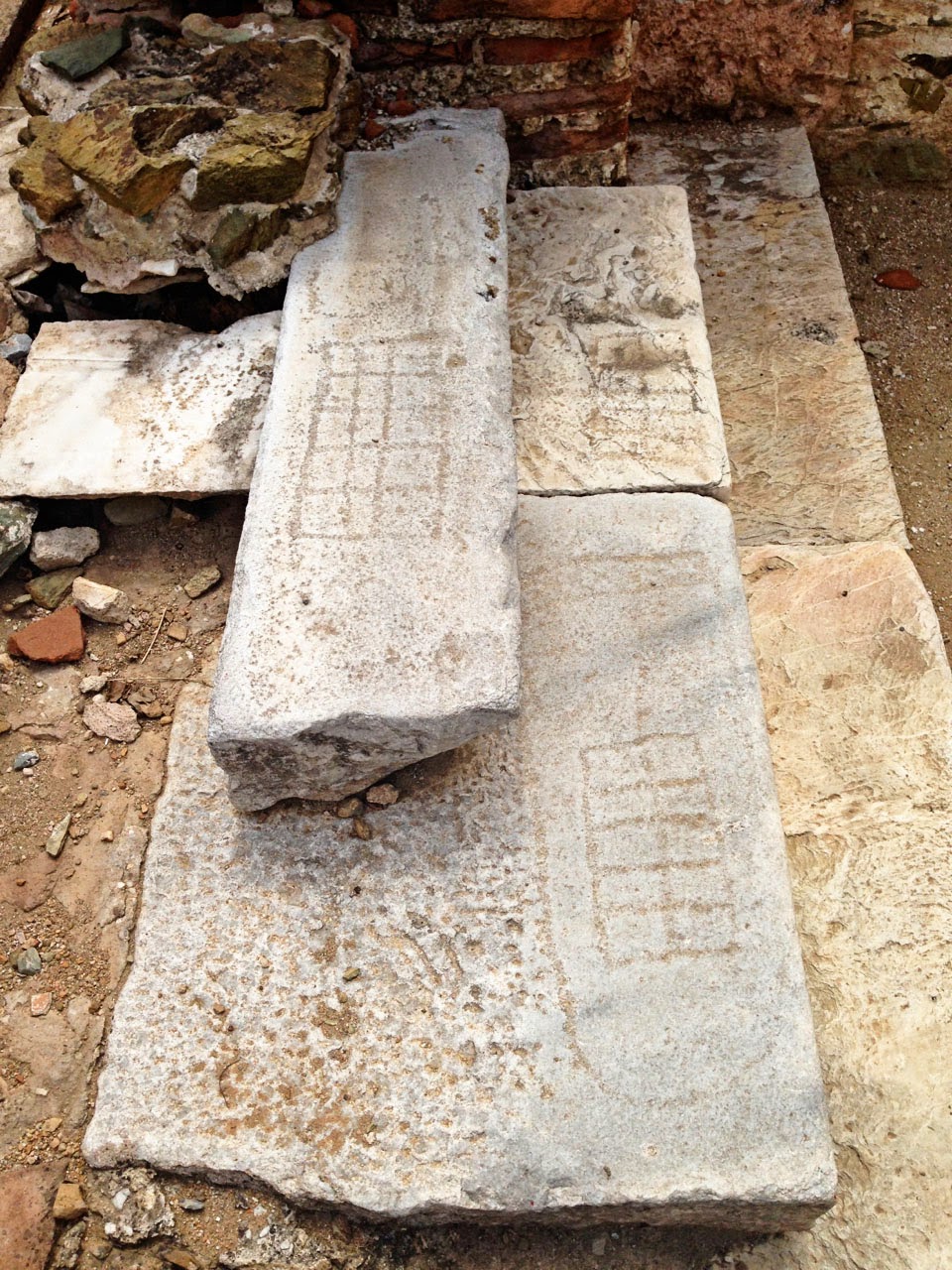 Galerius also had an arch constructed - which, known as the Kamara, is still a popular meeting meeting place for Thessalonikans. 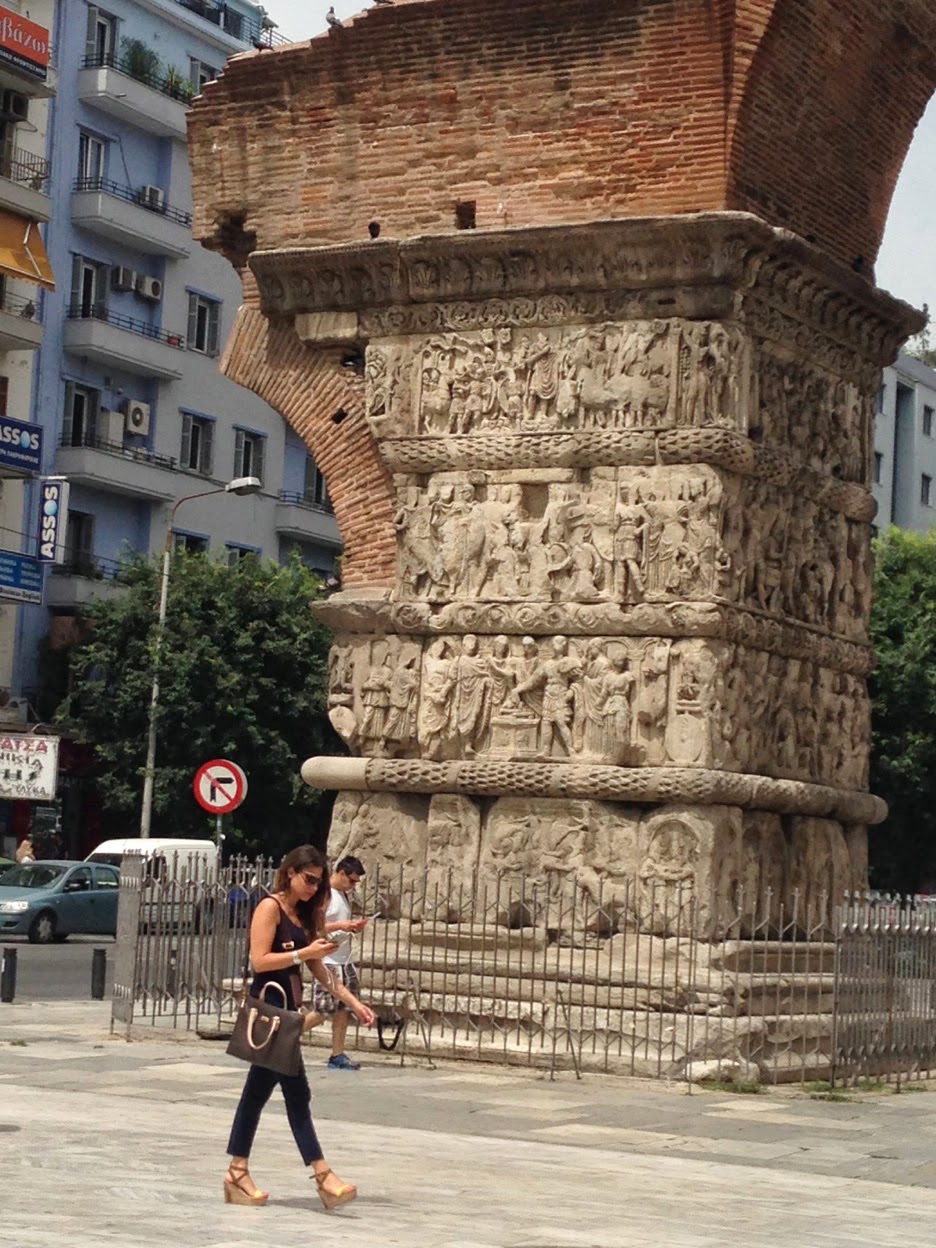 And here is the Rotunda - which captures the city's adaptable nature.  Built possibly as Galerius' mausoleum, or a pantheon, it has since done service as a mosque and a church and a concert hall (a couple of those at the same time.) 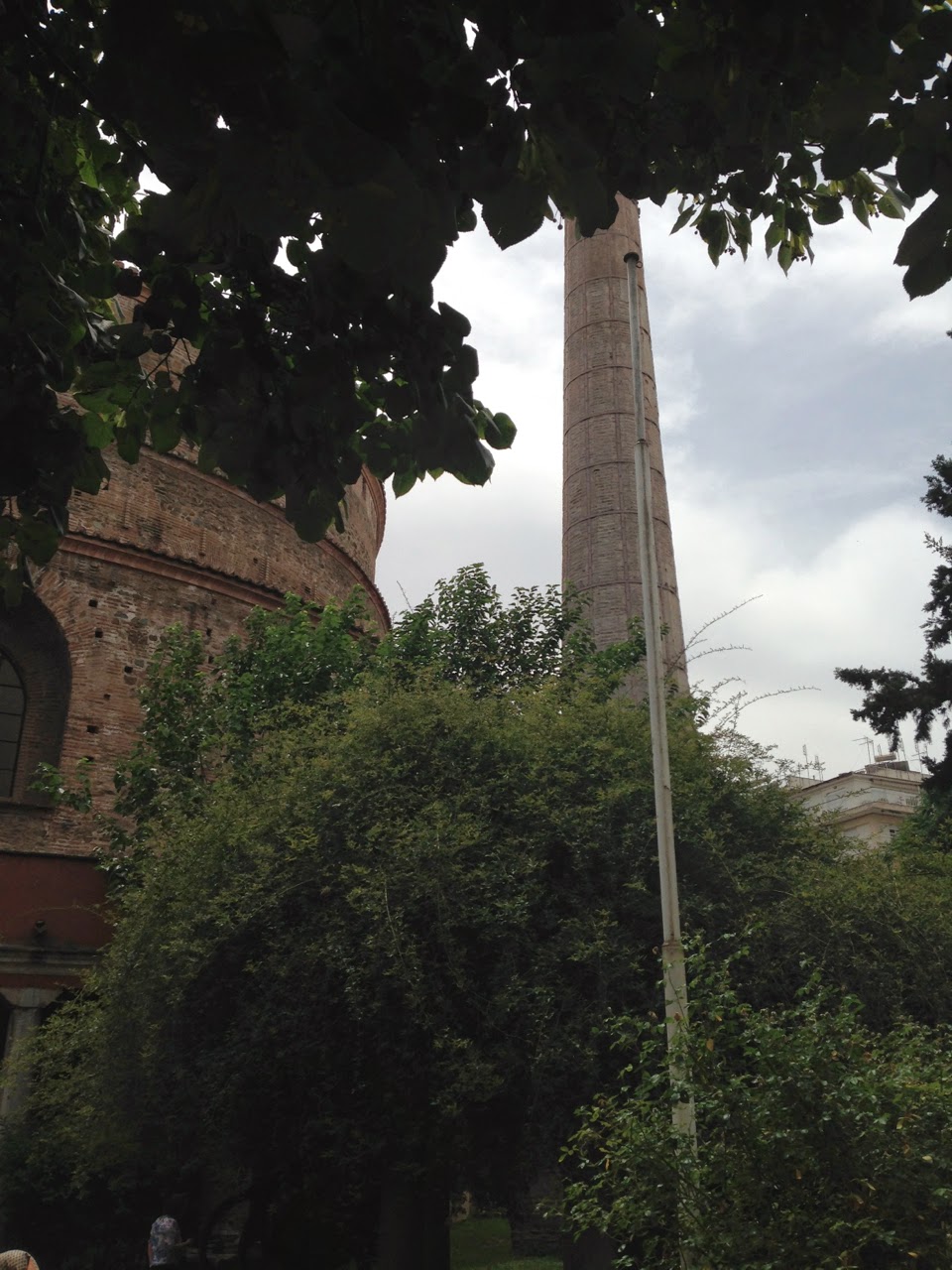 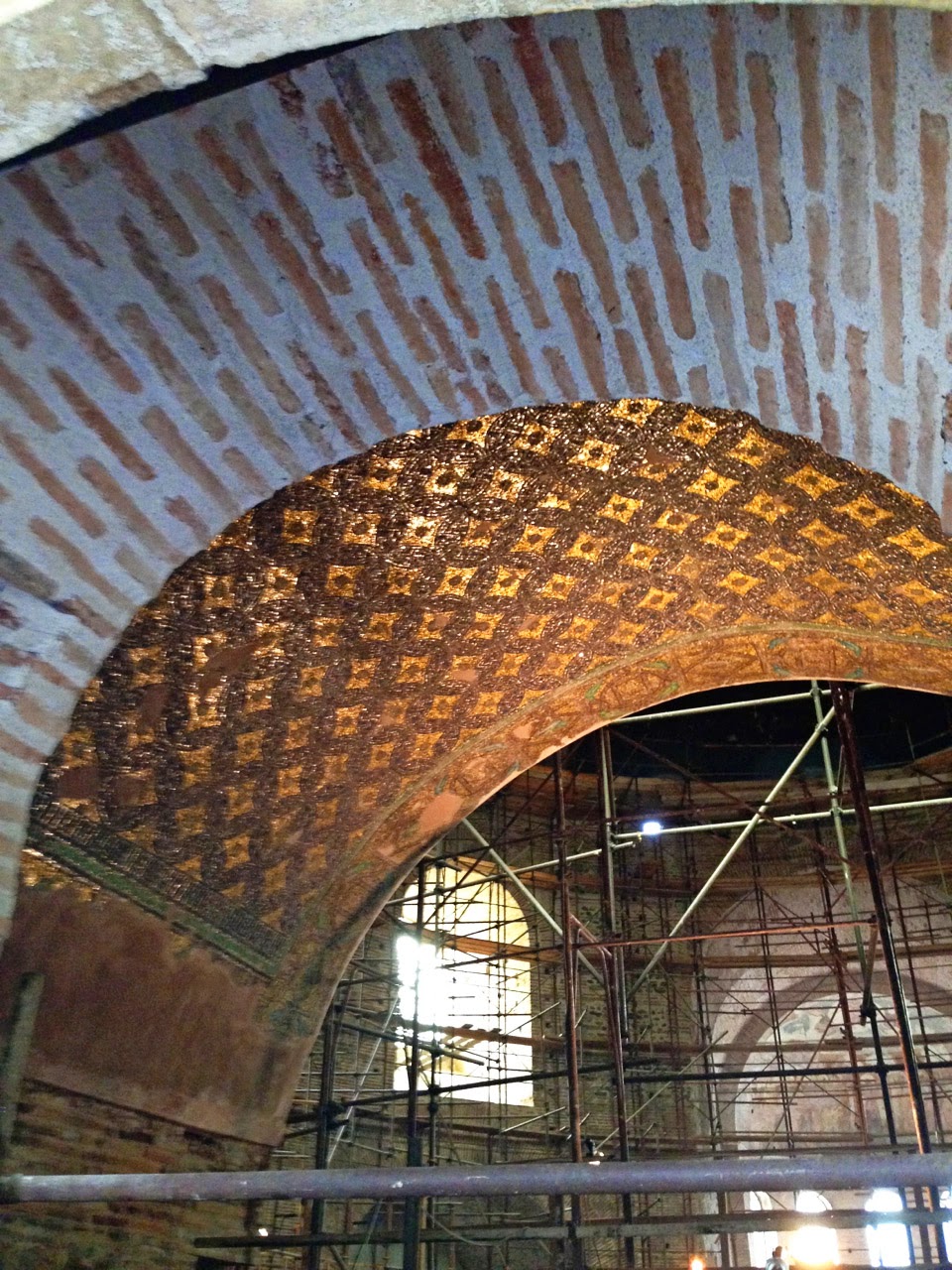 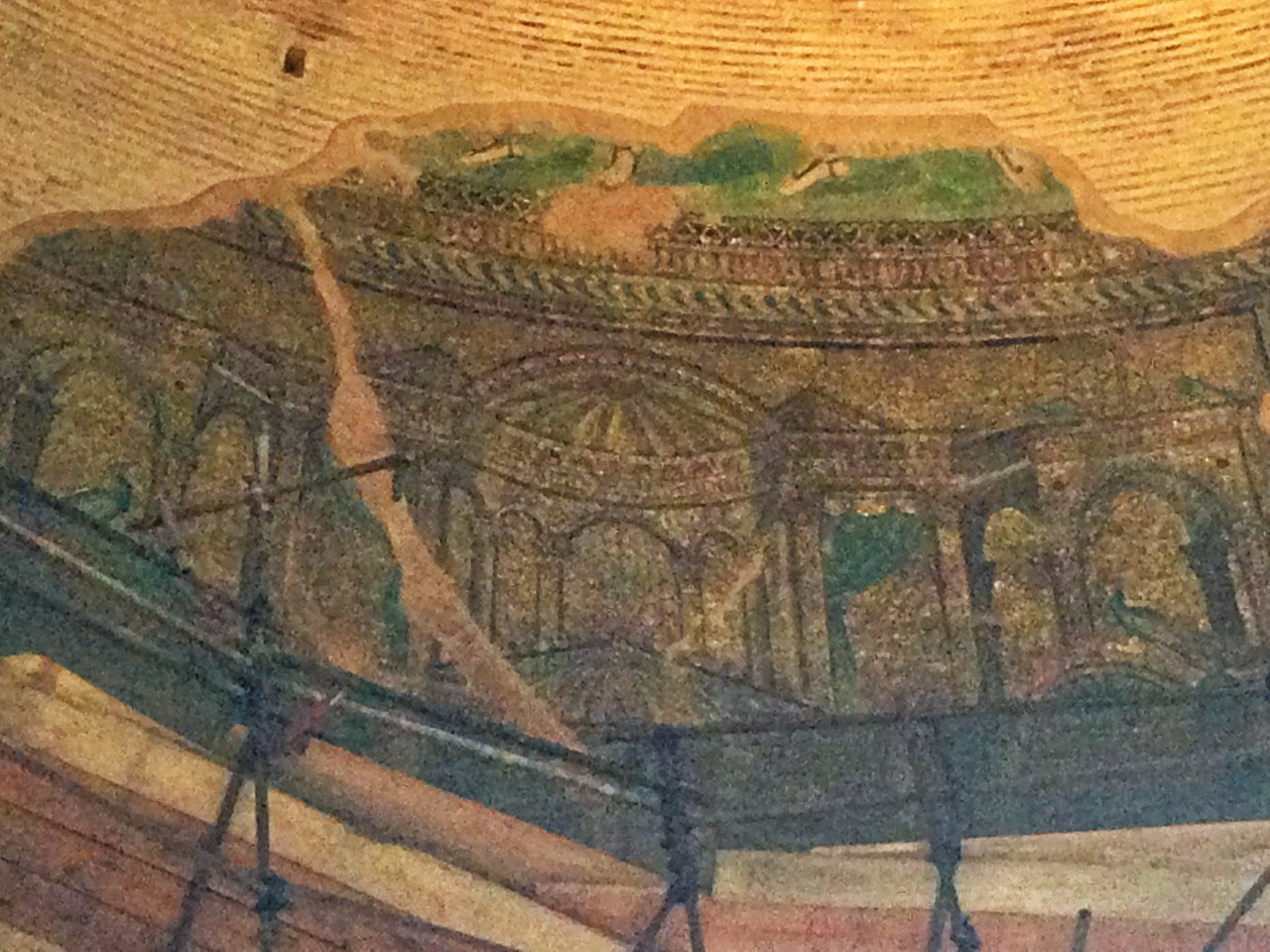 So there you have it: Thessaloniki, city of layers. 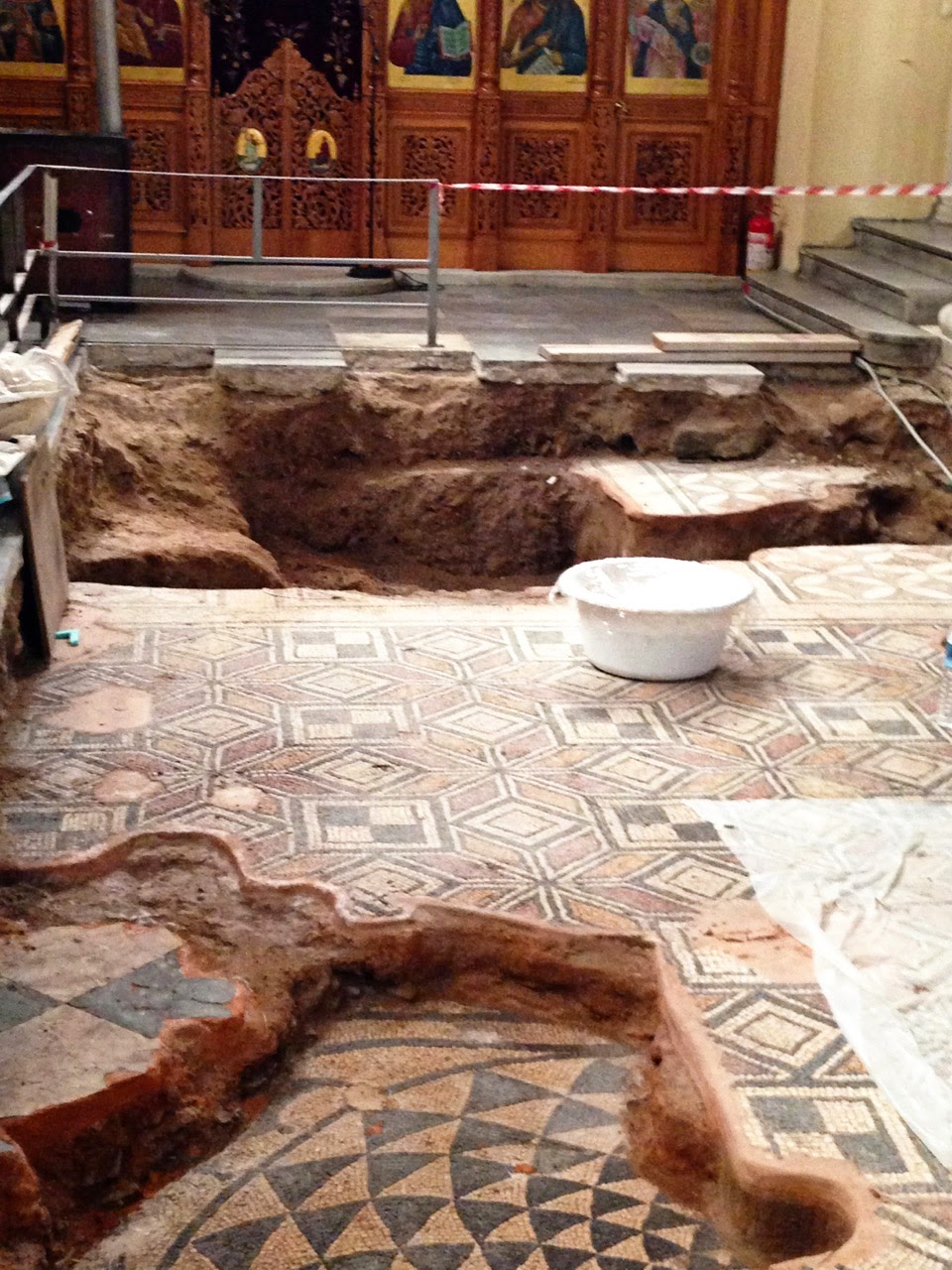 And if it all seems a little exhausting, you could do worse than to do as we did after our walking tour - take yourself to one of the city's pastry shops and dive into the sticky layers of some baklava.