Time Travels with a Donkey

One last Italian instalment for now, as there's only so much I can write (or anyone else might want to read) at one time about food, wine and family.

*
I keep coming back to these photos of two of my nephews, taken on a visit to the donkeys who lived in a field below the agriturismo.  The boys were both thrilled at the prospect of seeing donkeys close up, but when we got near, they drew back.  This guy (the indian chief) told me firmly that his mother wouldn't like it because she's scared of donkeys (slander, but he's six, and projecting.) 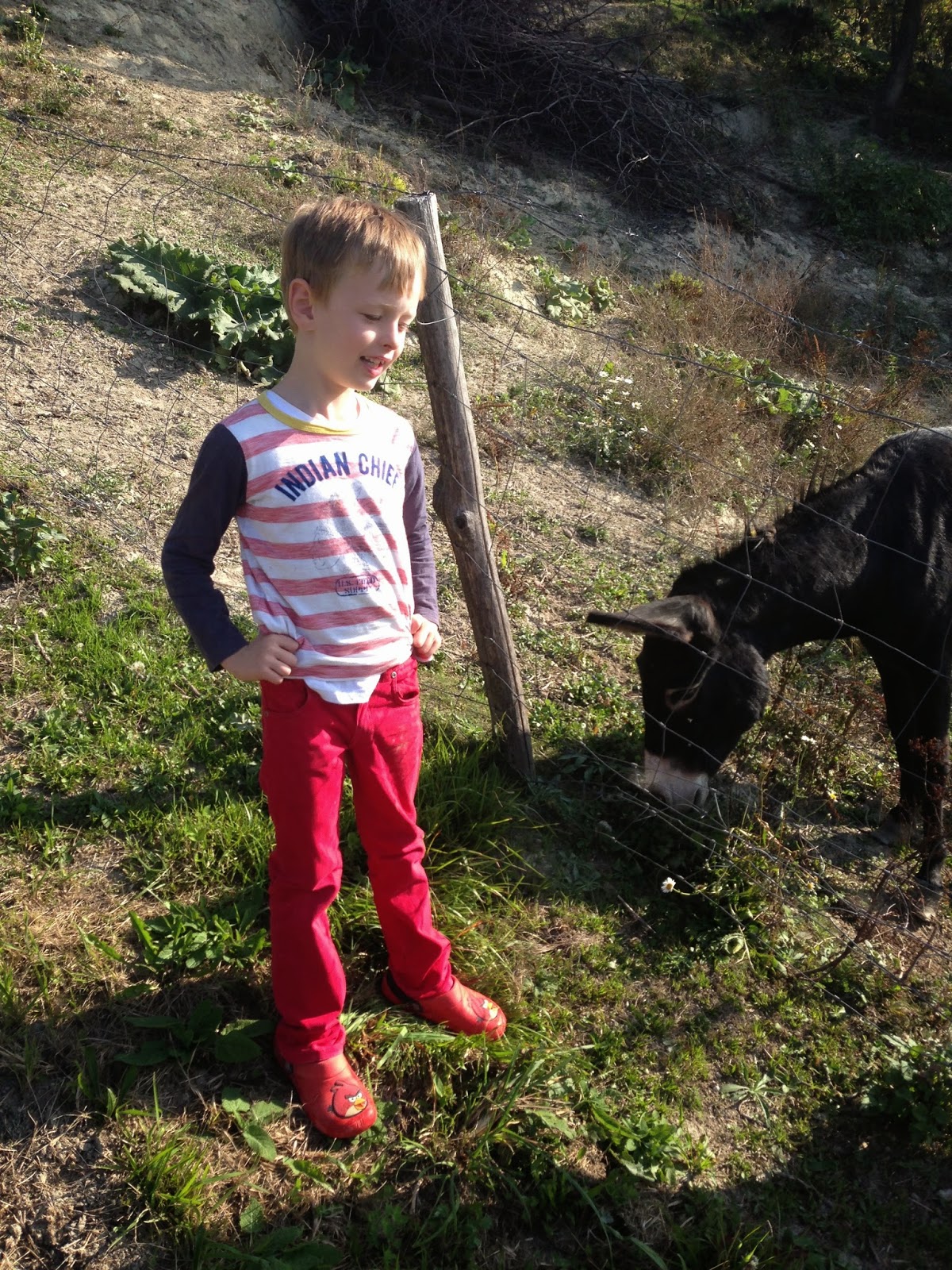 So we talked a bit about the donkeys and I stood between nephews and donkeys as a buffer while we chatted.  I explained that the donkeys were butting the fence because they were curious about us and I leaned over and stroked one of the donkey's noses as I spoke.  And I had the strangest time-sliding moment where thirty years dissolved and reappeared and I was all at once a small girl who had been scared of donkeys and a grown woman who could show her nephews how to pat a donkey and my overwhelming feeling was of amazement and awareness because I am both those people, all at once, altogether.  Somewhere between five and thirty-five, I learnt not to be scared of animals and my five-year-old self is both surprised and delighted.

These fellas were quite impressed too. 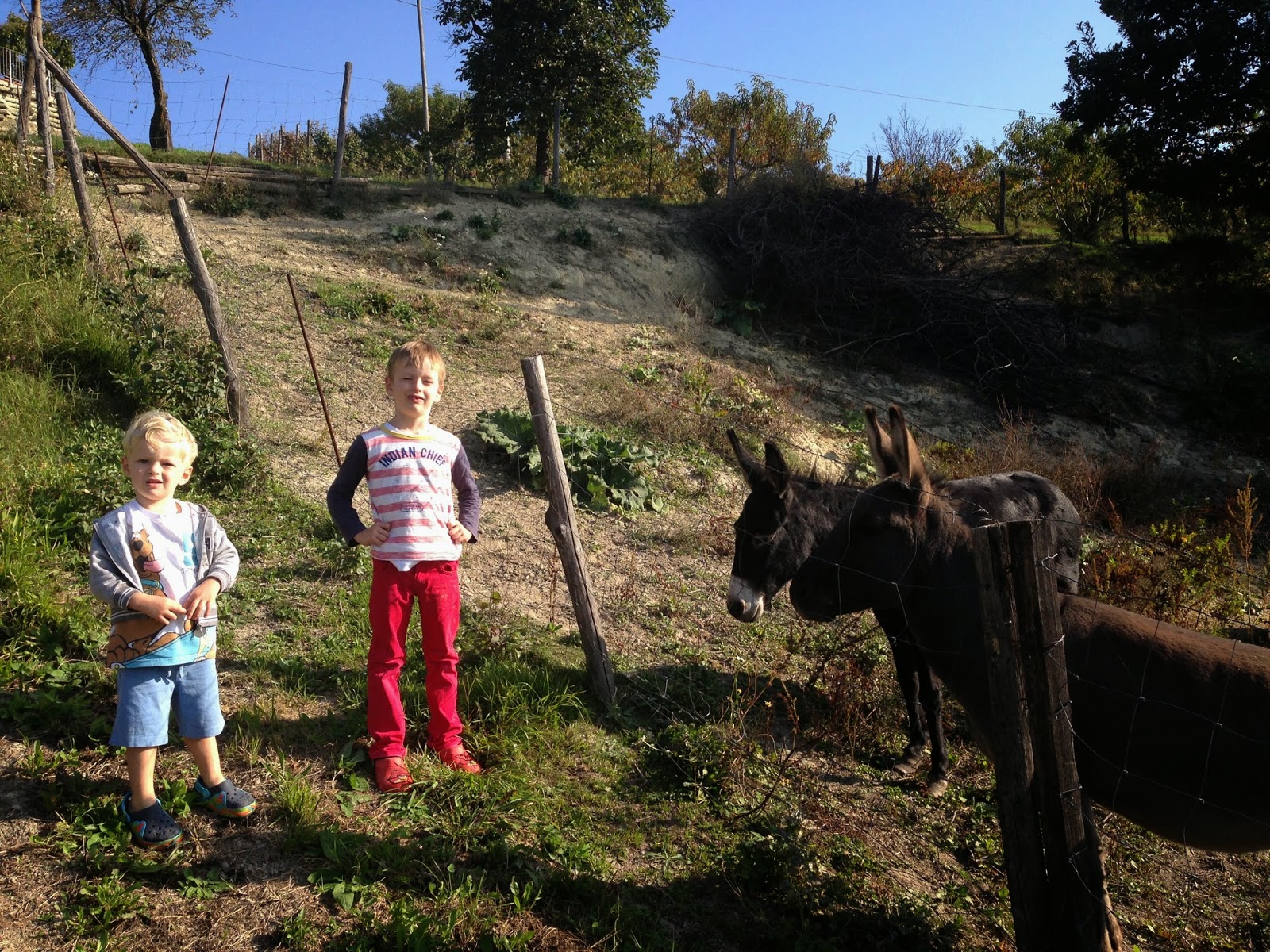 I wonder if he'll remember this in thirty years? 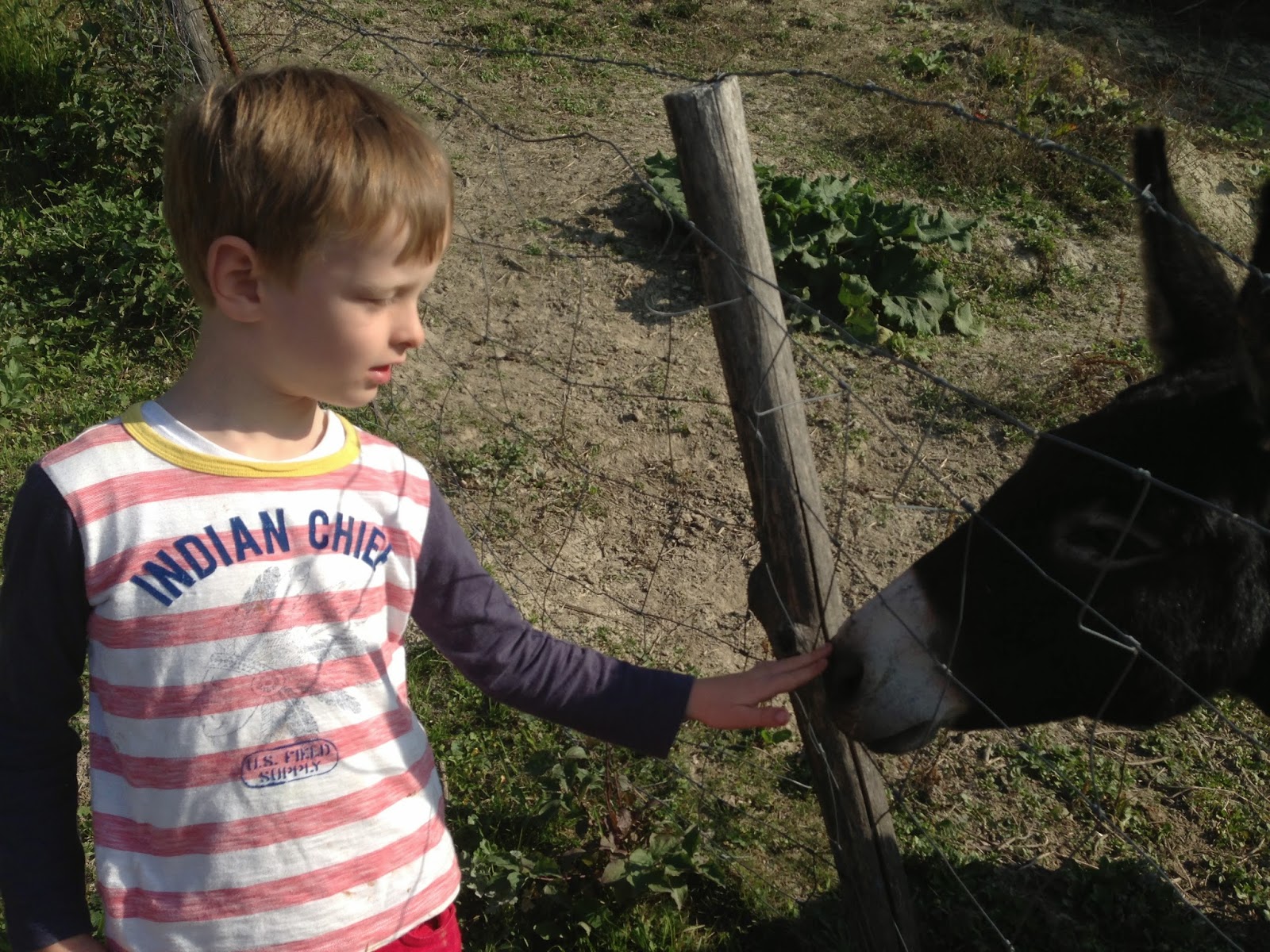